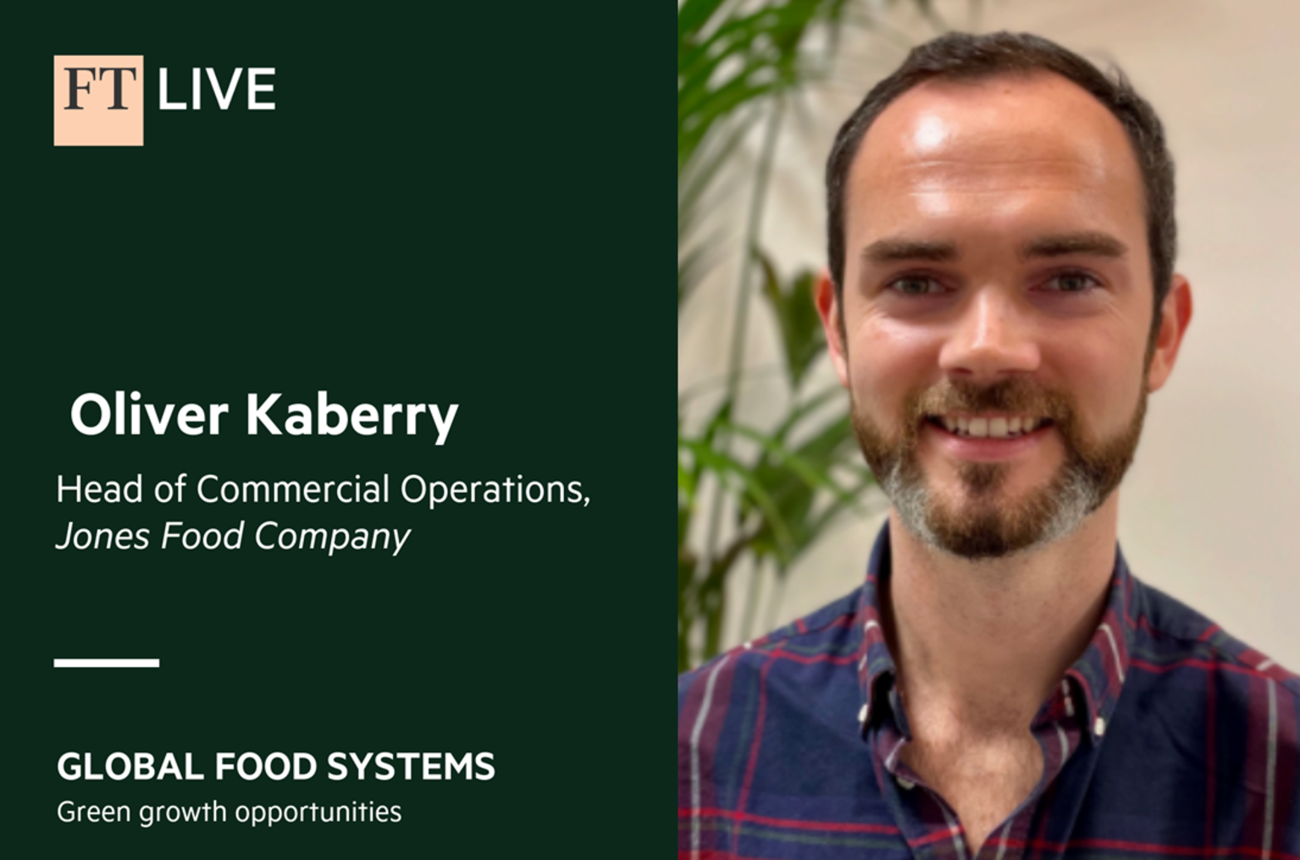 We were delighted to be part of the recent FT Live: Global Food Systems summit, where our Head Of Commercial Operations, Oli Kaberry, spoke amongst other industry leaders from around the world about how vertical farming is future proofing Britain's farming industry and solving many of the most pressing produce issues we’re facing globally:

“All eyes were on sustainability-related promises and how various industries plan to cut carbon emissions over the coming years at the recent COP26, so it feels like an appropriate time to be discussing how agriculture and farming can be part of that movement. Here at Jones Food Company we are of course huge advocates of how vertical farming is answering some of today’s most pressing fresh food production issues and we have bold predictions for future innovation, predicting that up to 70% of the UK’s fresh produce requirements could be met by vertical farming in the next ten years.

With our first facility supplying to 3 out of 5 major fresh cut herb packers in the UK within less than five years in operation, we are keen to lead the next generation of British agriculture with a sustainable and innovation-centric vision:

Traditional farming requires acres and acres of land to be productive, and available space as we all know isn’t something that the UK is known for. Whereas people typically think of farms being surrounded by acres of rolling hills, the future we see is growing upwards so we can produce more within a condensed space. Remote farms require lots of transportation for produce to get from A to B, so by growing on a large scale closer to towns and cities in strategic locations and in turn shortening both supermarket and food processor supply chains, food mileage is something we can automatically cut back on. Vertical farming is also year round; we’re able to grow 365 days a year come rain or shine so are not susceptible to increasingly unpredictable weather conditions.

Of course Brits traditionally rely upon many imported goods and are accustomed to having a global menu at our fingertips, but removing the current reliance on international produce takes planes out of the sky, and ultimately saves on a huge amount of greenhouse production. Fresh produce also reflects what the modern consumer is looking for in terms of diet habits. There’s an estimated 5% increase in demand for vegetables post-pandemic consumption, equating to an additional 650m occasions requiring supply. We already supply more than 2,000 Tescos and Sainsburys stores with fresh herbs, but more can be done to ensure a higher percentage of our ingredients are homegrown.

Future
Our current focus at Jones Food Company is leafy greens and herbs, but we really do believe that there’s much to come in the near future in terms of R&D. We want to see vertical farms putting fruits and root vegetables on supermarket shelves in the next five years, and are continuingly experimenting with our range of crops and adapting our methods to grow at a scale that’s never been done before. JFC2, our second facility that will open in 2022 in Gloucestershire, will help this dream become a reality. We will have 144,000 square feet of growing space, multiple growing environments to host different herbs and crops, and it will be 100% powered by renewable energy

We’re seeing rapid growth in the sector across the world with issues such as climate change and the pandemic forcing nations to re-evaluate both food sources and supply chains – vertical farming wins against both. It’s a hugely exciting time to be in the industry, and at Jones Food Company we truly believe that ‘The Garden Of England’ can be located anywhere, and that vertical farming will genuinely transform the way we grow fresh produce on this planet.”

Last week, Jones Food Company was invited to speak at the recent Financial TImes' summit: Global Food Systems with Oli Kaberry speaking about the role vertical farming in the future of food. 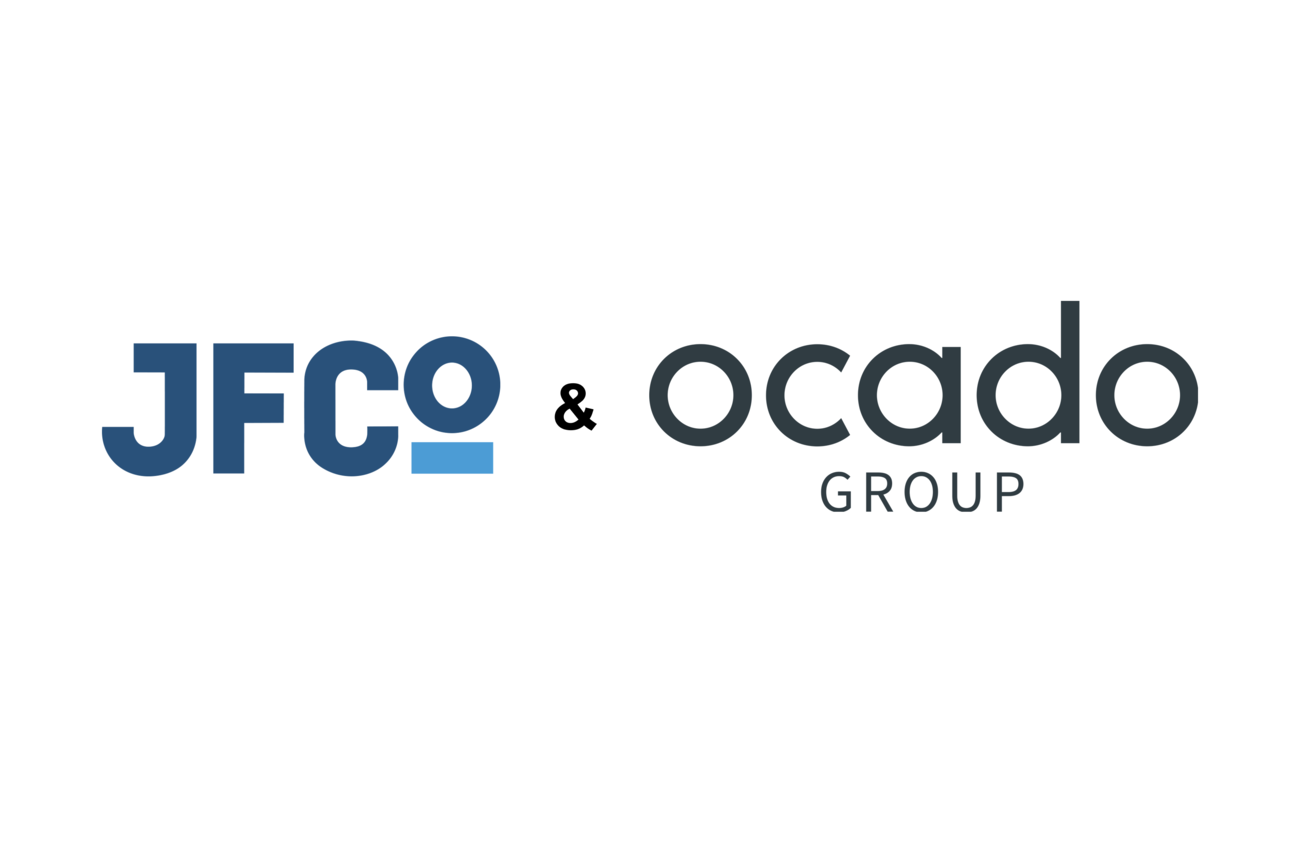 A new £5m investment as part of a wider £25m round as The Ocado Group continue to support our vertical farming mission. Now we can move onto building even bigger and better farms.